We are currently undertaking a full restoration on this elegant Gaveau grand piano; it holds many fond memories for the client who remembers their father playing it years ago. Our first somewhat unusual obstacle with this restoration was a leg that had been lost during a house move a decade ago, and was never recovered! A new leg was created in mahogany to match the originals and we are delighted with how well it matches. Once the leg had been made, this allowed us to stand the piano up in the workshop, ready for work to begin in earnest.

Internally, too, there was much to be done. The soundboard was quite badly split and the wrest plank needed replacing as the piano wouldn't hold its tune. In addition, almost half of the original ivories were missing, giving the piano a rather forlorn appearance. Work is now well underway, with reclaimed ivories being colour matched as closely as possible to the originals and the action undergoing a much-needed overhaul. Replacement strings and hammers will give a new voice to the repaired soundboard. The case is now finished too, showcasing a style of veneering typical to this French maker.

Speak to us about sourcing your own piece of history

Book a consultation Shop our pianos 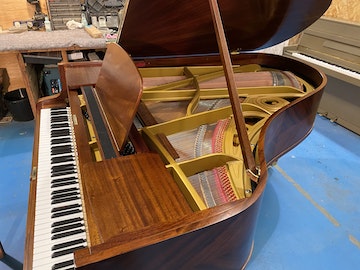 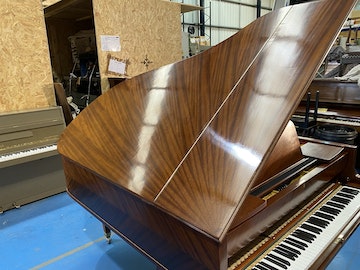 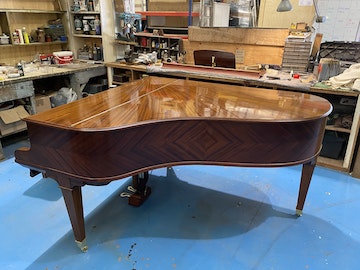 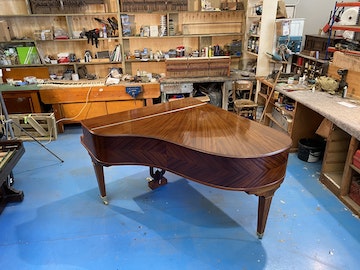 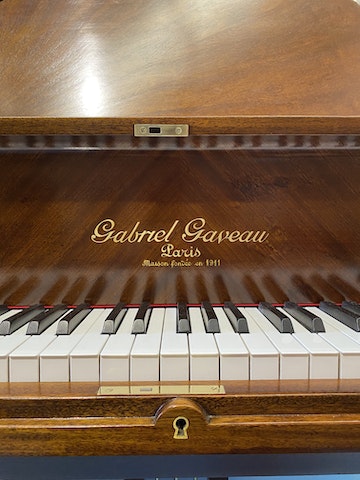 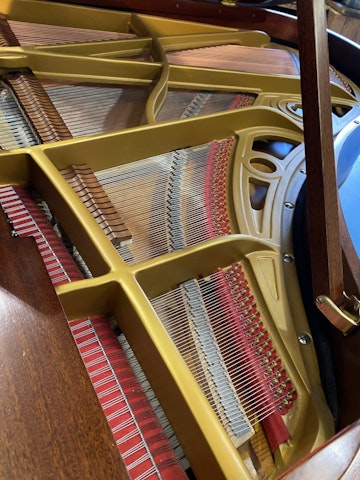 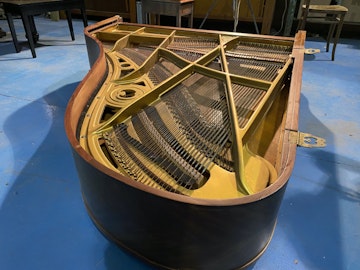 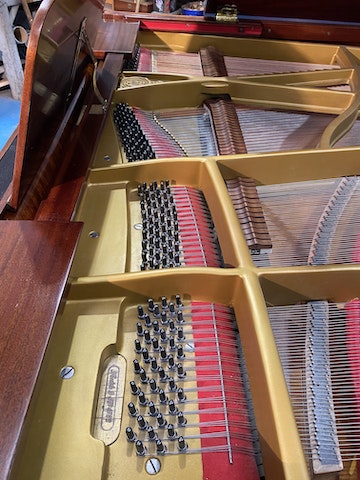 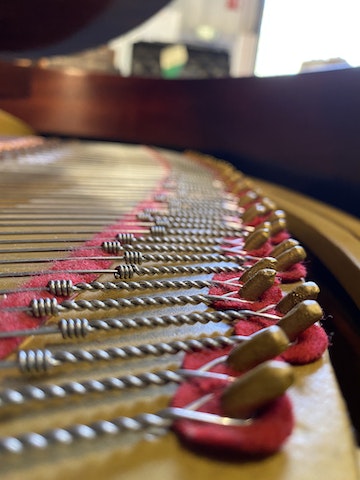 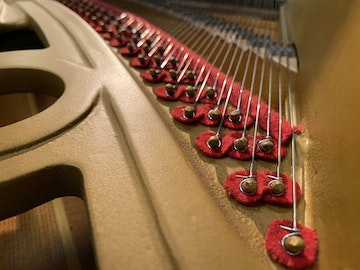 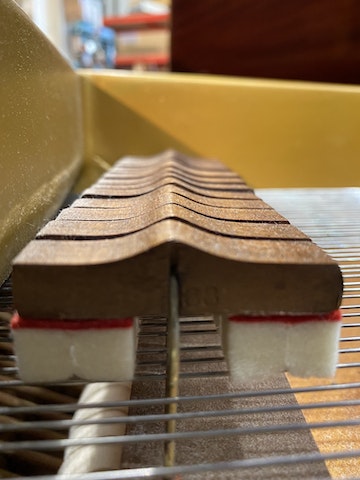 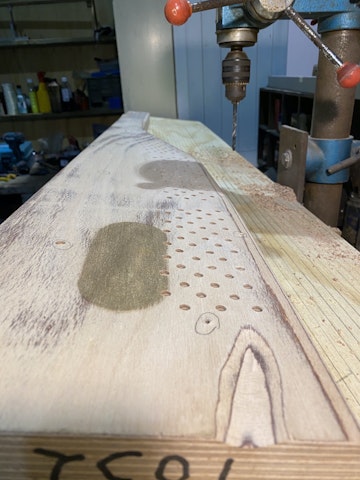 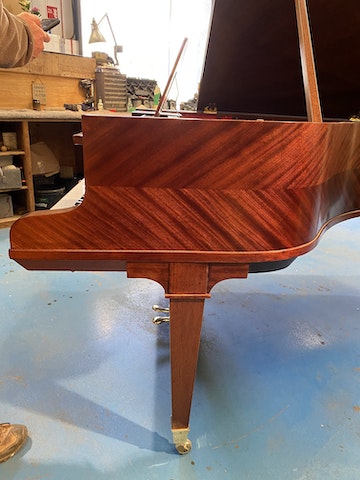 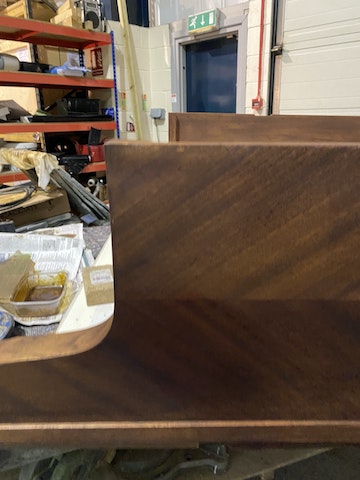 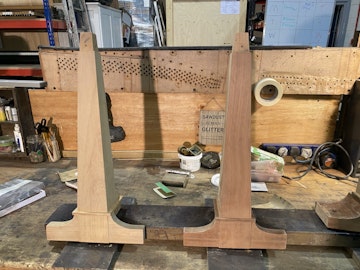 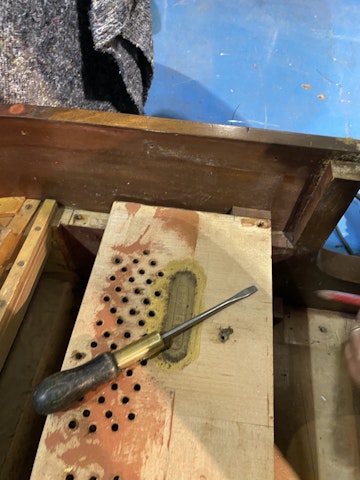 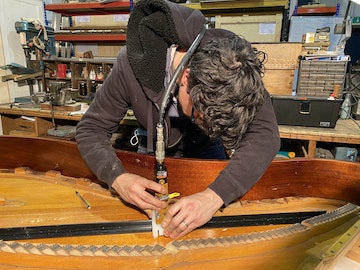 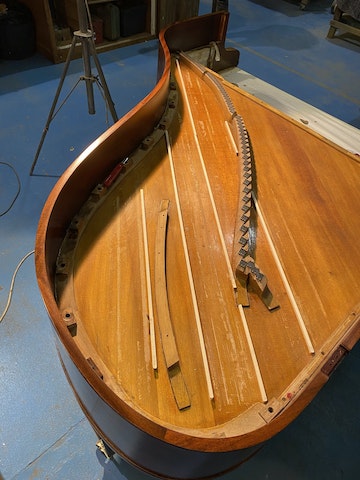 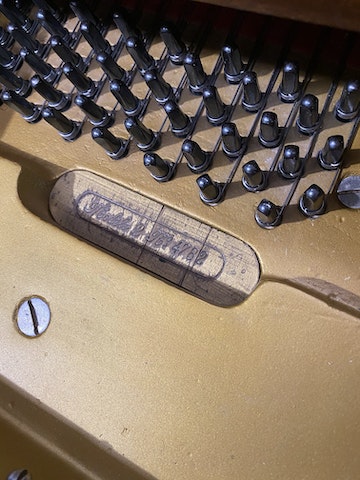 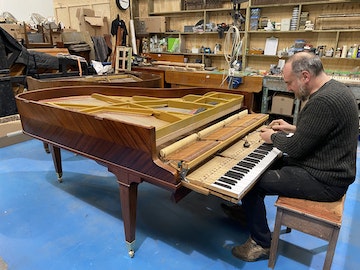 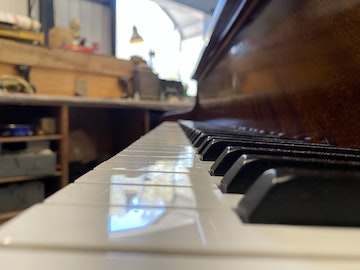 Recent restorations from the scrapbook 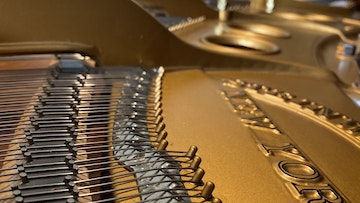 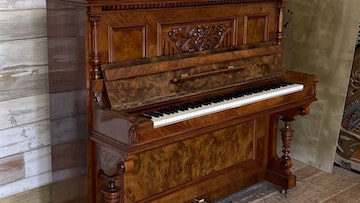 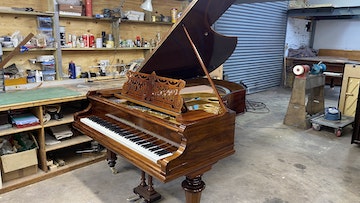